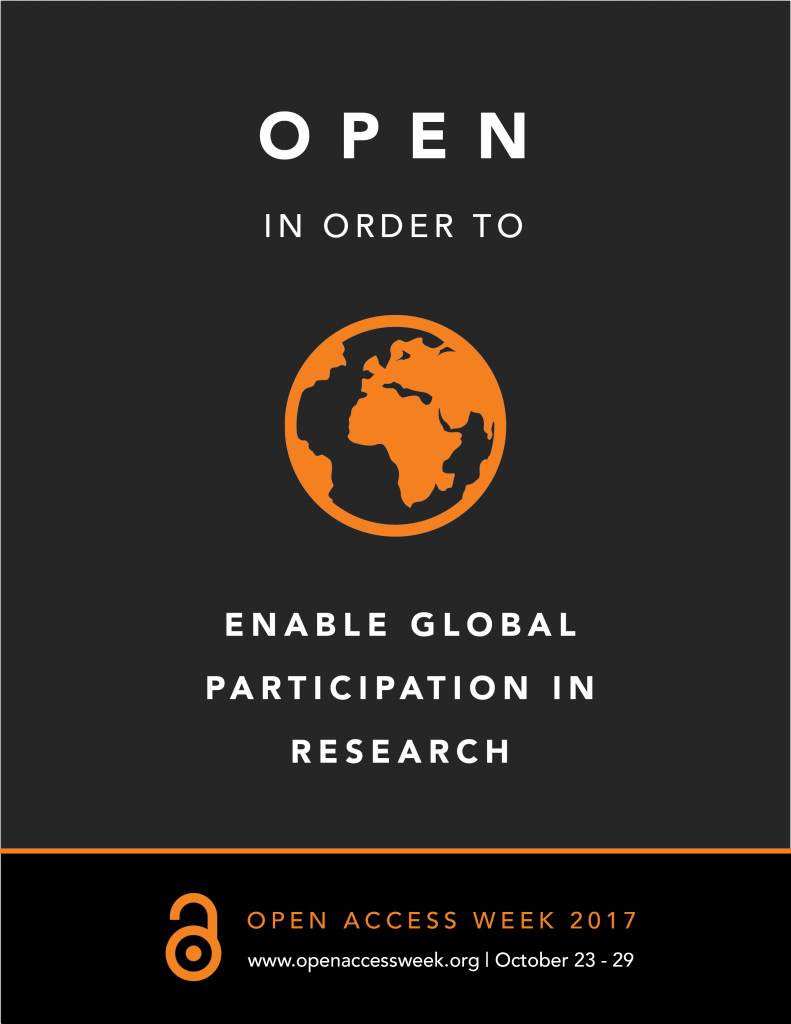 Marking its tenth anniversary this October, the International Open Access Week: October 23-29, 2017 is a large scale, global event. It is where open access advocates, supporters and participants share their knowledge and experiences about the benefits of Open Access. This event serves to “inspire wider adoption and participation in helping to make Open Access a new norm in scholarship and research”.

Starting in 2007 as an Open Access Day event dubbed as “a partnership between SPARC (the Scholarly Publishing and Academic Resources Coalition) and students who organized local events on a handful of campuses across the United States”, it is now a worldwide event where anyone interested in furthering the dissemination of openly accessible scholarly research can partake.

The event theme, Tension and Risk in Open Scholarship: A Conversation: 2017-10-26, will address not only the “benefits and opportunities of open access but also a recognition that openness can sometimes create unintended consequences for individuals and communities”.