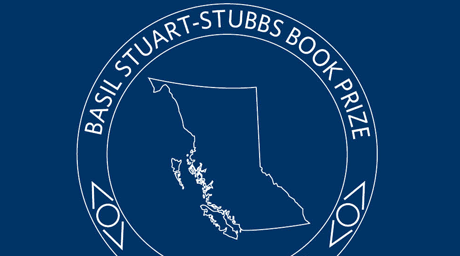 B.C. author Derek Hayes is the recipient of the inaugural Basil Stuart-Stubbs Prize for Outstanding Scholarly Book on British Columbia, a new award from UBC Library and the Pacific BookWorld News Society.

Hayes was chosen for his 2012 book, British Columbia: A New Historical Atlas (Douglas & McIntyre). The book mixes comprehensive text and annotations with a wide range of maps, photos, prints and drawings that takes us into the world of British Columbia, from pre-contact through the 20th century. Hayes’s work is a welcome contribution to the understanding of British Columbia.

Read his reaction to winning this new award and more by visiting: http://about.library.ubc.ca/2013/04/15/derek-hayes-wins-inaugural-basil-stuart-stubbs-book-prize-for-b-c-atlas/.

In cIRcle, you can find the “Occurrence and utilization of fog” 1970 Master’s degree in Geography thesis written by Derek Hayes, the first recipient of the inaugural Basil Stuart-Stubbs Prize for Outstanding Scholarly Book on British Columbia. It is found in the Retrospective Theses and Dissertations, 1919-2007 collection at: https://circle.ubc.ca/handle/2429/831.