Part I of II – NEW: TRIUMF, Canada`s sole laboratory for particle and nuclear physics in cIRcle 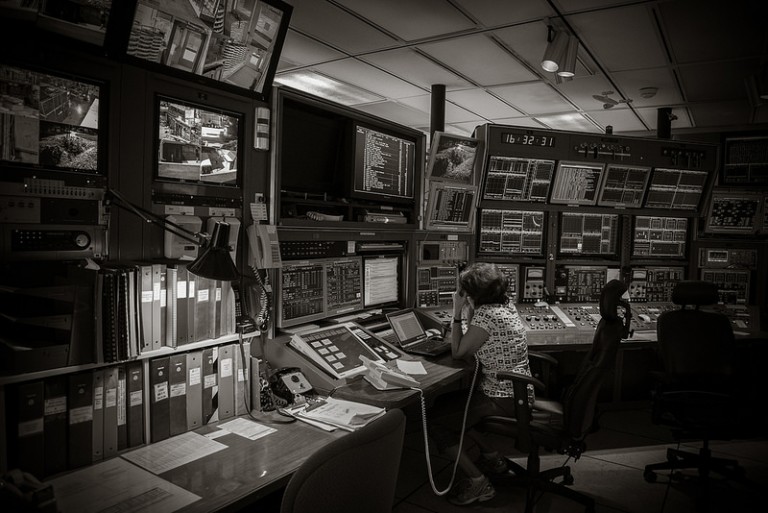 A step into TRIUMF’s main control room, where skilled operators control over 2,000 devices and monitor over 5,000 parameters. The control room monitors virtually all aspects of the cyclotron and the main injection beamline, including radiation levels. (Photo credit: Katy Mackenzie under this Creative Commons License)

In Part I of this two-part blog post, discover TRIUMF and how it accelerates research at UBC and beyond.

As “Canada’s largest basic science enterprise probing the fundamental structure and origins of matter”, it can be said that TRIUMF is notably triumphant in many ways.

Nationally, “TRIUMF is synonymous with advancing isotopes for science and medicine. Internationally, TRIUMF is known for its leadership in rare isotope science and particle physics. In schools and among students, TRIUMF is an inspiration, a career path, and a resource for learning and sharing”. In the business sector, “TRIUMF is recognized for its advanced-accelerator technologies and production of medical isotopes”. And, “in academia, TRIUMF is known as the regional hub for Canadian university researchers in particle and nuclear physics and the platform to work globally”.1

Housing the world`s largest cyclotron used to accelerate 1000 trillion particles per second to speeds of 224,000 km/s, TRIUMF has solidified its presence on the UBC campus since 1968 while garnering worldwide attention for its innovative scientific advances. Originally operated by the University of British Columbia, Simon Fraser University and the University of Victoria (with the TRIUMF acronym standing for “TRI-University Meson Facility”), its consortium is now comprised of several Canadian universities which serve as TRIUMF member universities or as TRIUMF associate members. It is funded through the “National Research Council Canada with building capital funds provided by the government of British Columbia”.2

What is a “cyclotron”?

Essentially, it is a “special type of particle accelerator that accelerates particles as they follow a spiral path through it”. This cyclotron “accelerates particles inside an air free chamber between the poles of an electromagnet whose magnetic field guides the particles in an expanding spiral path while [t]he particles are accelerated by ‘kicks’ of electric voltage every half turn”. Next, “the beam reaches the outside edge of the tank” and when that happens, “it is bent into pipes called beam lines, which lead to experimental halls”. As a result of the ‘cyclotron produc[ing] beams of protons which end up making these protons strike different kinds of targets, intense beams of neutrons, pions and muons (other elementary particles) can also be created, thus making possible many different kinds of experiments’.3

How does TRIUMF accelerate research4 at UBC and beyond?

Positively mind-blowing, to say the least!

TRIUMF is now owned and operated by a consortium of 19 universities across Canada which is why it no longer uses the former term, TRI-University Meson Facility.